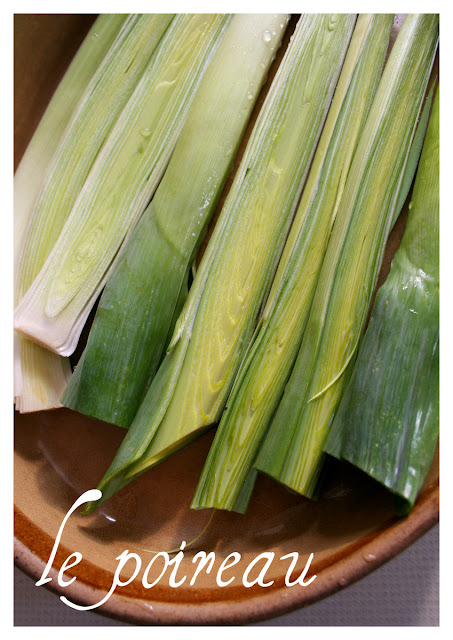 I often use leeks in cooking--soups, leek tartes, in any potato dish.....but I have never used them as a 'featured' side dish before.  Many people won't touch them, or attempt to make them because they have the bad-rep of being mud or dirt ladden, onion-y, tough over-grown onions.  But quite the contrary--they are not that difficult to prepare--they just need a good rinsing between the outer layers, become sweet and tender with little effort--and a big bonus--I rarely ever am reduced to tears when cutting them or chopping them.  For the record,they are also a good source of Dietary Fiber, Vitamin B6, Iron and Magnesium, and a very good source of Vitamin A, Vitamin C, Vitamin K, Folate and Manganese.

I have to admit--I went off the idea of cooking and eating leeks after while reading the famous 'French Women Don't Get Fat' book by Mirielle Guilano, grande-dame of Veuve Clicquot--I attempted to follow her initiation 'diet' /cleanse that promised to help me turn into a svelte-French-lady---you drink only cooked leeks in water, slightly salted, every two hours for 4-5 days--as I recall.  Don't try it.  It put me off leeks for a few years.....

Instead, if you are keen to fall in-love with leeks--try this instead.  Simple. Yummy.  Comforting. 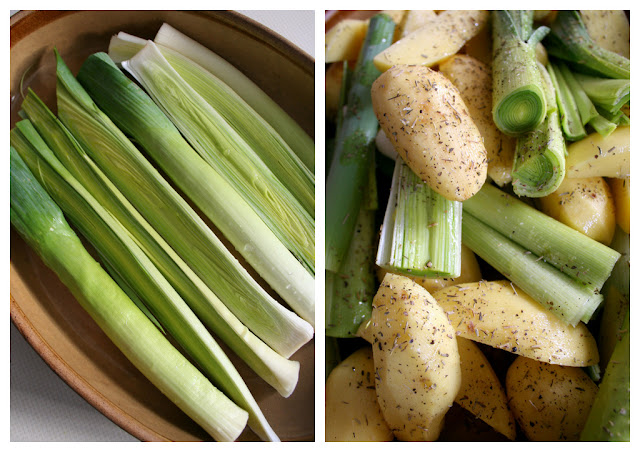 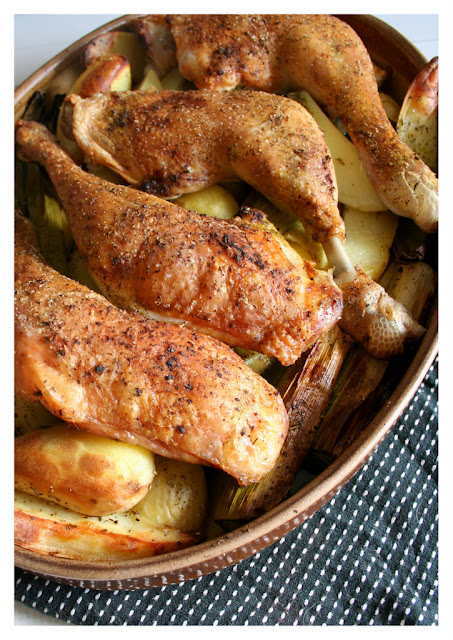 I cooked these as a bottom layer under roasted chicken.  Otherwise, if you are just doing the leeks--you lay a single layer in a casserole, drizzle with olive oil and salt and pepper and cook them at 350F for 30 minutes--to keep them from browning too much, add the stock half way through cooking. 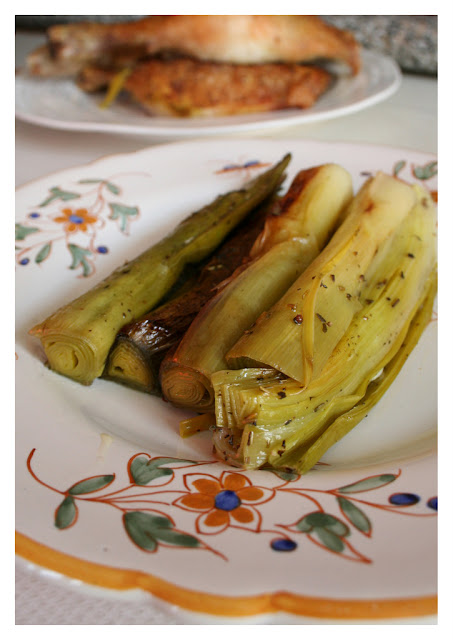 Braised leeks are a classic in French Cuisine--Julia Childs was the queen of this type of classic French side-dish....I think I will stick with Julia (at least for the leeks) and stay with Mirielle for the Veuve----.
Bon appetit!
Posted by Cat @ Sunday Brocantes, France 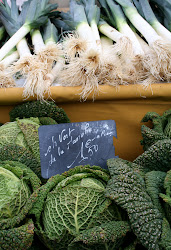 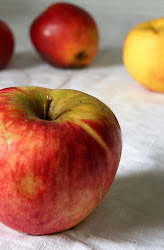 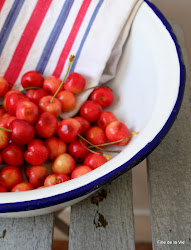 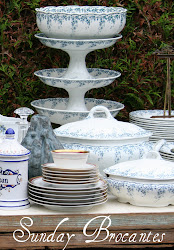